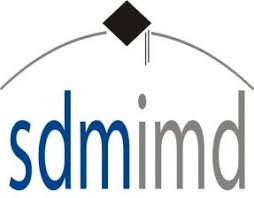 The Rise and Fall of Yes Bank : Significance of the Issues for the Indian Banking System

Indian banking system is characterized by the domination of the government owned Public Sector Banks (PSBs) in terms of out reach and capitalization. In the last 3 decades, since the opening-up of the Indian economy, Private Sector Banks have brought in significant change in the banking sector in terms of the work culture, efficiency and profitability. Notable among them are HDFC Bank, ICICI Bank, Axis Bank and Yes Bank. In the past 1-2 years, the entire banking sector has been rocked by several scandals mainly caused by NPAs and suspected accounting standards.

Yes Bank was founded by Rana Kapoor, a highly regarded go-getter in the private banking space. Lately, Yes Bank is under the shadow of investigations by the Reserve Bank of India (RBI) for malpractices in the last few months. The Bank was besieged by both internal and external issues while it was lauded, awarded and praised for several best practices, bench marks in terms of the working culture, securing international finance and for bringing in internationally prevalent funding strategies for corporate banking.
Presently, the Bank is under investigation for several reasons including possible fraud. The author perceives that this case is a bell weather case for the Indian private banking space and may lead to the study of the evolution of the Indian banking system.

• Studying the origins, growth and consolidation of Yes Bank under the leadership of the founder, Rana Kapoor
• Examining the rise of Yes Bank in to the fourth largest private bank in India in a relatively short time by achieving standards and bench marks in terms of business practices and efficiency.
• Studying the internal and external problems at Yes Bank and the governance issues.
• Assessing the possible task ahead for the new CEO Ravneet Gill in turning around the bank
• Inferring on the significance of the governance issues at Yes Bank related to the board of directors and the handling of the NPAs by the bank as representative of issues at other private banks in India.