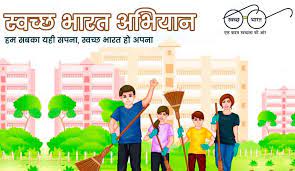 Abstract: After swearing in as the Prime Minister (PM) of India in May 2014, Narendra Modi in his maiden Independence Day address to the nation talked about lack of toilets and indignity of women and girls having to defecate in the open. Toilet was taken out of the closet and put in the open; the first salvo against open defecation was made. Soon after, a nation – wide ‘Swachh Bharat Mission’ (SBM) was launched on 2nd October 2014 to achieve 100% sanitation by 2nd October 2019 , the 150th birth anniversary of Mahatma Gandhi.Open defecation resulted in health hazards, safety and dignity issues, particularly for women and children.The government recommended toilet design was twin-pit because of low-cost, ease of building, and low water consumption.

ParameshwaranIyer , an expert in water and sanitation was invited to join as Secretary to the Government of India in the Ministry of Drinking Water and Sanitation (MDWS) in February 2016. ThePM-CM-DM-VM Framework, i.e .Prime Minister, Chief Minister, District Magistrate and the Village Motivator (Swachhagrahis) was put in place.Over 600,000 trained swachhagrahis, almost one in each village of the country, were the foot soldiers of the mission.Tata Trusts helped in infusing young professionals in the system by selecting and training about 500 professionals and placing them in districts as Zila Swachh Bharat Preraks. .

Information, education and communication were the key to changing mindsets - to switch from open defecation to using toilets. Inter- personal communication with villagers by swachhagrahis (village motivators) at one end of spectrum, and widespread mass media on the other end became the game changer. . The PM was the communicator-in-chief of the mission. He took every opportunity to speak about Swachh Bharat. All these mass campaigns ensured that the SBM become a mass people movement. Large-scale events were organized at important milestones. India progressed sharply from 38.70 % in 2014, to 100% opendefecation free (ODF) status in October 2019.

Iyer faced a more difficult challengeof sustaining ODF as it was likely that people could go back to their centuries old ingrained habits of open defecation. The government announced second phase of Swachh Bharat in February 2020, Open Defecation Free Plus (ODF Plus). The ODF Plus was the broader goal of overall cleanliness of India’s villages which involved ODF sustainability, solid waste management, and liquid waste management. As part of it, the PM announced piped water supply to all households by 2024.

The case provides students with opportunities to:
• Understandthe enablers which can help in making alarge scalebehavioral change in population.
• Discuss howa social change program can be executedby leveraging a number of change agents.
• Understand how changing of perception, attitude, and behaviour of people can take place through inter-personal communication, and mass media.
• Identify key factors which influence outcomes of a project.