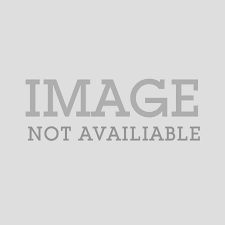 Abstract:  During the post liberalization period, many Indian companies have ventured in terms of spreading their wings abroad.Strategic mergers and acquisitions become the inherent part for sustainability in business duringthose periods. This case introduces such mergers and acquisitions of the Indian business giants; the Tata group.Tata Steel, in 2007 strategicallyacquires the Corus,an Anglo-Dutch company which wasextremelysuccessful.As soon as this acquisition was over, in 2008 Tata Motors also adopted the same technique.However, this time in the long term it was a success, even though initially theoutcome of the merger was totally different. Thesame synergy did not work for the two different industries Despite the group being the same. This case brings out the success of Tata Steel with Corus along with the reasons behind it, and at the same time it also reveals the temporarysetback faced by Tata Motors with Jaguar and Land Rover (at least in the short term). The main objective of this case study is to point out that stereotyping strategies may not always work because of the different industries and different times they take into account.Atlastthe case also sheds light on the strategic attempts which have declined in the automobile sectors along with the reasons behind itas well as the innovative solution for it.

• To learn the motives and intricacies of strategic acquisitionsof mergers with respect to different sectors
• To become familiar with the major framework of alliances and approaches in cross border strategy
• To compare one sector with the other inthe present scenario with environmentalimpacts by promoting and deliberating international cross culture and globalization. This case canbe instrumental in making them understand the behaviour of different industries at different timesalong with theoutcome of strategies that are further stereotyped.
• To educate the students about funding models for brownfield expansion and help them build their interest in Upstream and downstream integration.This motivates the students to understand the different sectors, especially the automobile sector and steel sector in detail.